Lighthouses symbolize beacons of hope, and perseverance. Historically, they've been the only thing standing between safe harbor and potential death, for mariners on dark, treacherous seas, approaching an unseen shoreline.

I wish the story I have to tell was as dramatic as the prior sentence. Alas, it's not so. If you were expecting otherwise, this is not the lighthouse photography blog you're looking for. 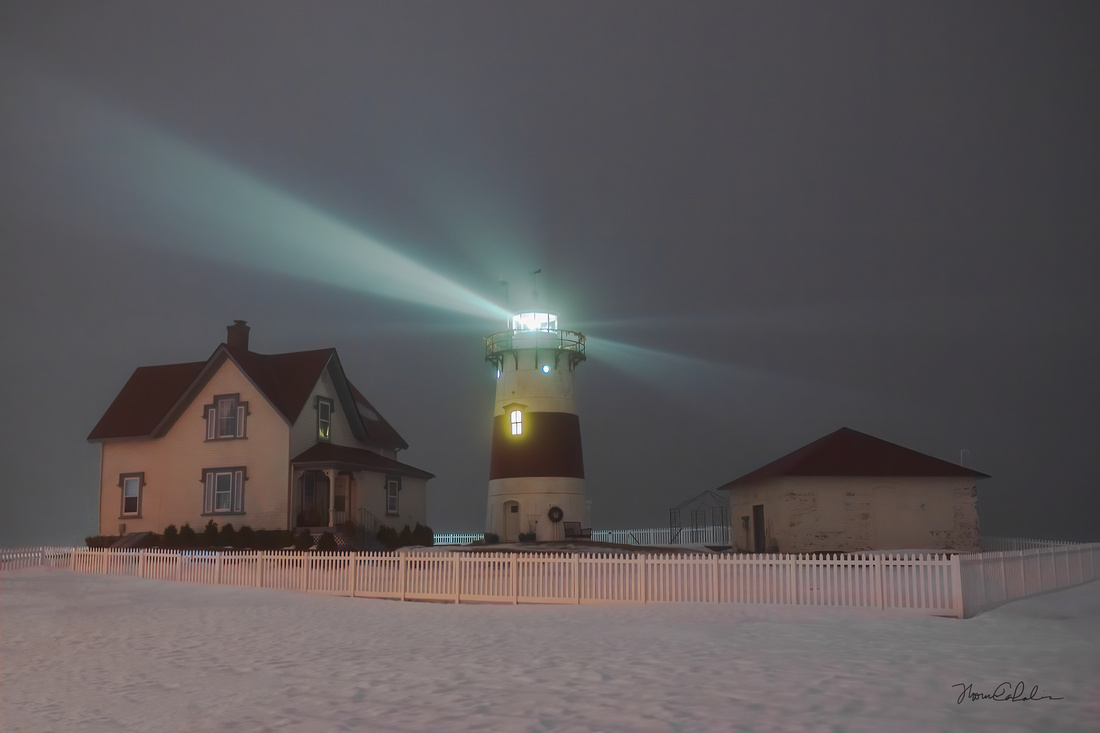 Stratford Point Light Winter Storm"Once the lighthouse is seen, the rest of the sea is ignored" - Terri Guillemets

In Connecticut, I decided to search for lighthouses because they have great stories and make equally great art subjects. The closest to my location was the Stratford Point Light, at the mouth of the Housatonic River.

Key to me, is that the light is still operating. What is a lighthouse without a light? In most cases a tall skinny...  ?

The first time I visited was in daylight, to get my bearings. It's at the end of a narrow lane with limited parking, so I left the car a good distance away. I was at the last residence on the street, and saw the homeowner in his yard. I stepped past the edge of a garage on to the driveway, and was immediately greeted with "Would you step back? You're standing on private property."

In any case, I got it, respectfully apologized and took several steps back, which seemed to appease the fellow. I'm a homeowner as well. "Invasions" are rarely welcome. For all I know, he may get ten people per week invading his space. I may feel exactly as him, if I were in his shoes.

I did however, want a chance to photograph the lighthouse. This is where a small degree of perseverance comes in to play. I returned multiple times. That first time was the only time I ever saw another person. Had I been asked to leave again, I would have respectfully done so.

I was there on fairweather days and several bad. Twice in rain and snow.

In this image, it was a mix of both. Snow kept accumulating in the bottom of the lens hood, which was needed to keep it dry. So I was having to clear it with a finger to prevent it from obscuring the view. I was also pretty much soaked through, at least my overcoat and shoes. Hair totally wet, with rain and snow water running down my face. Camera drenched, hoping it would also persevere.

A lighthouse doing what it's supposed to do, in the conditions it's most needed to do them in.

Stratford Point Light Winter Storm is available for purchase in the Landscapes gallery.

Wishing you the "Peace of Light".

Sneaky TreeWhat is this tree up to?