Blue Hour at Stanley Lake"The deeper the blue becomes, the more strongly it calls man towards the infinite" - Wassily Kandinsky

Stanley Lake and Mount McGown in Idaho, are a mere 109 miles from home.

The twisty drive takes one through canyons with black lava basalt cliffs, and over 2 mountain passes. Then alongside a stream that appears to be flowing uphill. After that, past hot springs cascading over a rock face into a river below, and through heavily forested terrain.

Starting out on the drive while still dark, the first image, "Blue Hour at Stanley Lake", was taken 1 hour and 40 minutes before sunrise on October 23, 2016. Several snowfalls had already occurred in the Sawtooths. The bright star on the upper left is Sirius. 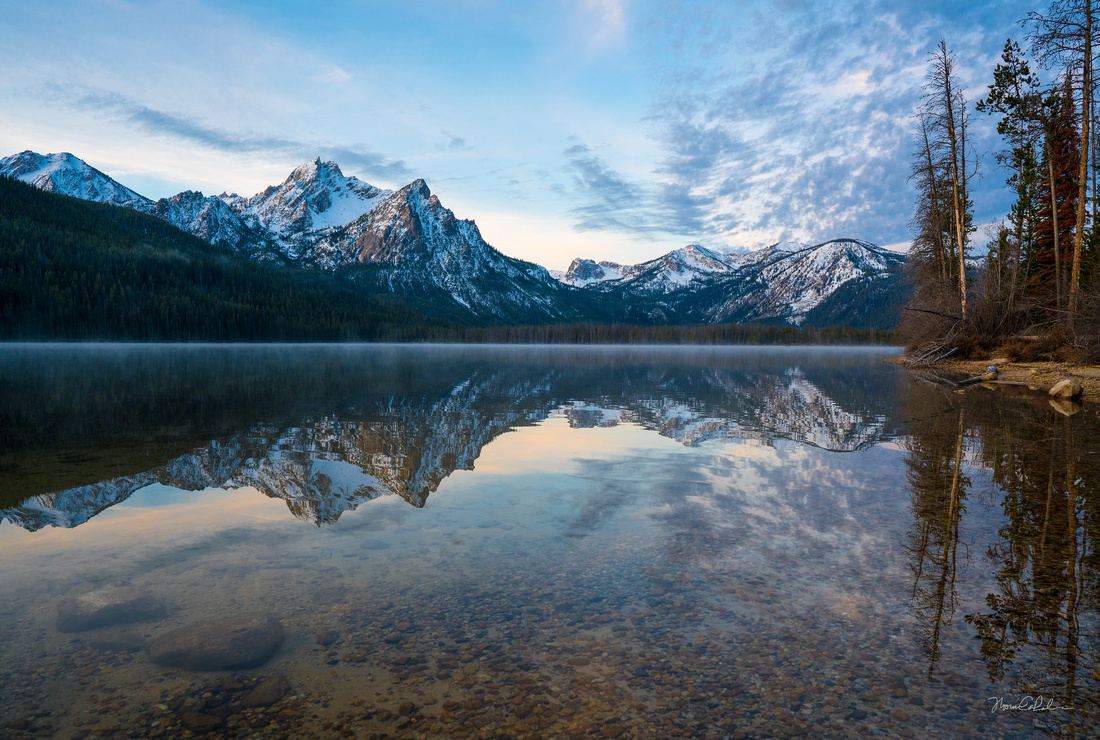 Stanley Lake Shoreline"The lake and the mountains have become my landscape, my real world" - Georges Simenon

The second view, "Stanley Lake Shoreline", was seen 40 minutes later. The crystal clear water allowed one to see the lake bed out to about 15 feet away, before the reflections of the sky and Mt. McGown took over.  A fine mist in early morning is often hanging over the water, as can be seen on the distant shore.

It was around 20°F, and after freezing for several hours it was time for warmth, coffee, and breakfast at a rustic cowboy cafe, about 8 miles away.

Both images are available for purchase in the Landscapes gallery.

Wishing you the "Peace of Light".

Sneaky TreeWhat is this tree up to?